In-circuit testers are transforming into all-in-one electrical test controllers. The latest ICTs can be used for not only manufacturing defects but also to test functional failures, and even parametric testing

In-circuit testers (ICTs) have become more versatile and efficient as these now come loaded with additional electrical test capabilities and functionalities. The most capable ones have in-circuit test, boundary scan, functional test as well as programming techniques integrated into a single platform.

What drove these changes
The inability of any single test methodology to completely test circuit assemblies is one reason. In addition, the constant drive from circuit assemblers to reduce test costs is driving traditional ICT systems to take the shape of more holistic test systems.

Newer ICT systems can be better described as generic all-in-one electrical test controllers rather than just ICT systems. This is because many of these have different forms of ICT including automated probing, optical inspection and boundary scan combined with functional testing of circuit assemblies.

Let us take a look at the latest changes in ICT systems, and what they deliver to the users.

Small-footprint automated systems moving to ‘zero’ footprint
With the introduction of zero-footprint designs incorporating multi-core test capability combined with automated material handling, the latest inline systems have taken a step forward in reduction in the cost of tests. These systems are a boon to manufacturers that want to increase their capability but do not have the additional real estate to do so. 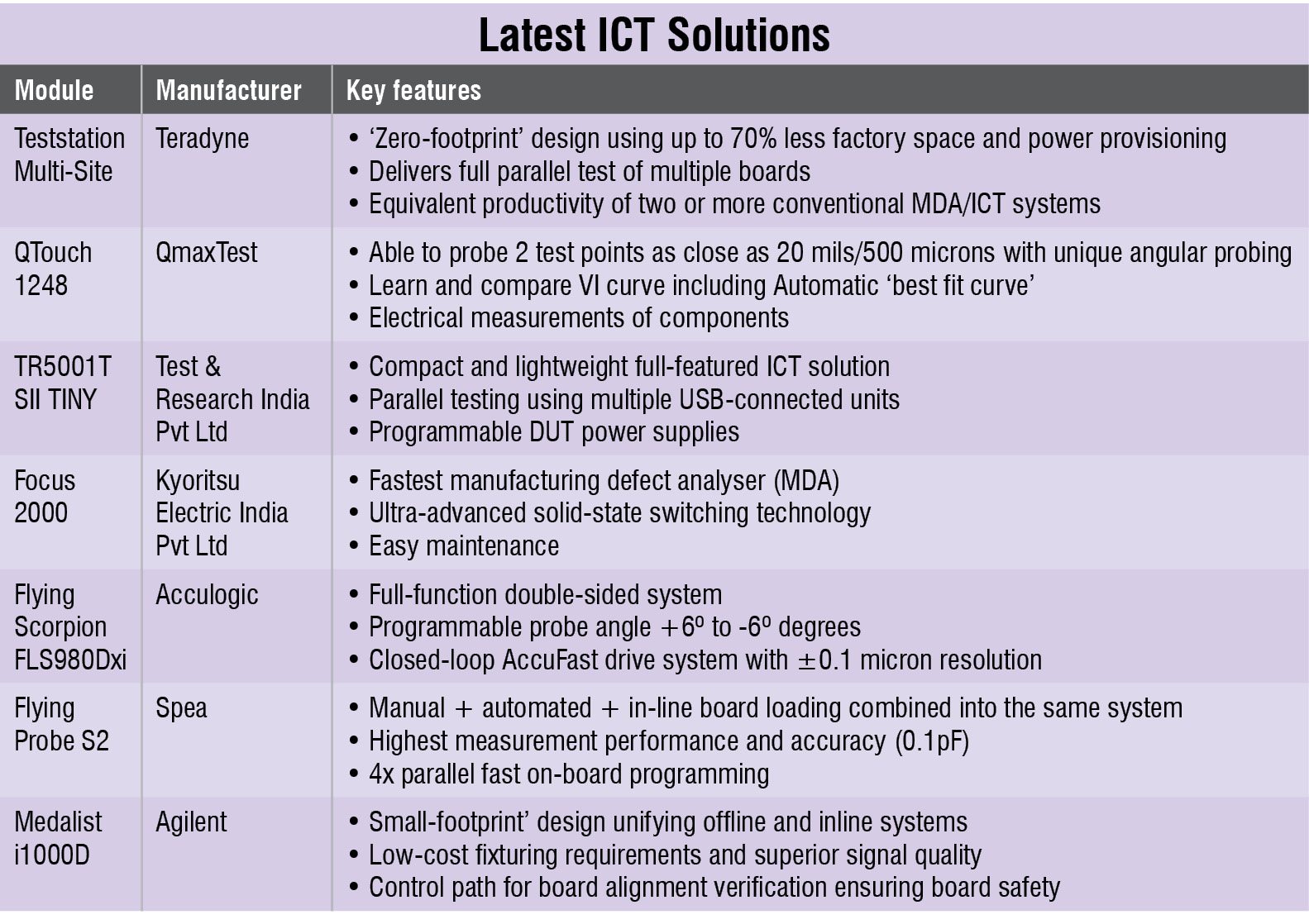 The industry’s previous solution to this has been use of many discrete automation methods including robotic helps, automatic probes and semi-automatic press for PCB testing along with large automated ICT systems. However, all these systems contribute to an inefficient use of factory space and low machine utilisation due to size of conveyors and speed of travel. Moreover, the additional cost of moving the product from one equipment to another is always a concern.

The newer inline ICT systems introduced last year come with small footprint and there is no manual handling involved. You can integrate your ICT into the assembly line and there is no need of any operator handling.

The small footprints in inline systems are realised by using compact test heads relocated closer to the device under test (DUT). This enables ICT to fit easily within the narrowest automated lines, without the need for any additive storage bay or incremental factory space, thus saving additional cost as well as labour.

Agilent’s i1000D ICT system is another small-footprint design that unifies offline and inline systems onto the same design. Agilent offers easy upgrades to convert offline to inline systems so you can re-use the same system.

Spea’s 3030 system is another true multi-core tester offering up to 4x throughput. The true per pin architecture in this system makes all the analogue and digital resources always available on each system channel.

Multi-core testing and higher throughput
With the increased competition and demanding markets, it is certain that PCB OEMs and the other electronic manufacturing services need to boost their throughput and yield.

“In India, labour costs are increasing day by day and the cost of space has also increased over the last few years. So, if you use one operator, one fixture, one PC, you can save your cost as well as space. And mathematically speaking, previously we were having one tester and one fixture but now we are having two testers or more in one fixture, thus the throughput is increased by at least two times,” says Ravi Richaria, manager sales & service support, Test & Research India Pvt Ltd. 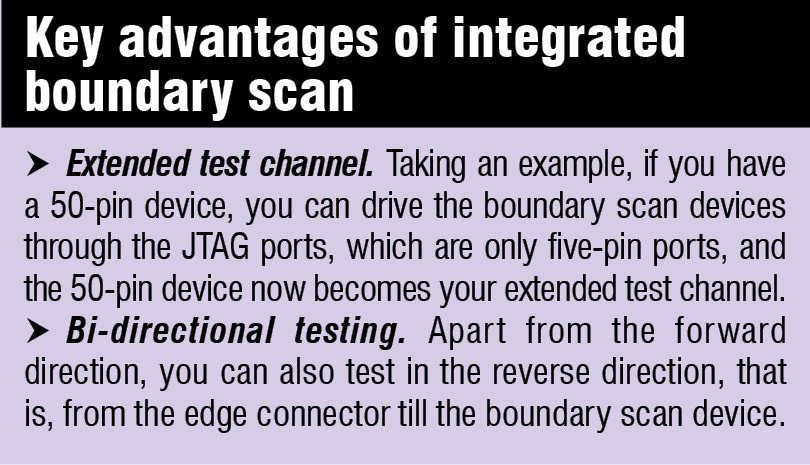