FPGAs have come a long way since their initial visibility in the field of test and measurement, but not every one we talked to was interested in going with them. Why? This article gives you an idea of whether your test equipment is better off without an FPGA in it

It has been quite some time since we first began seeing FPGAs in test instruments. They were brought in to target the areas where the quantity of equipment produced was far too low to benefit from the economies of scale. This allowed FPGAs to get a one-up over ASICs with shorter time to market and greater flexibility with product upgrades. But is that it? 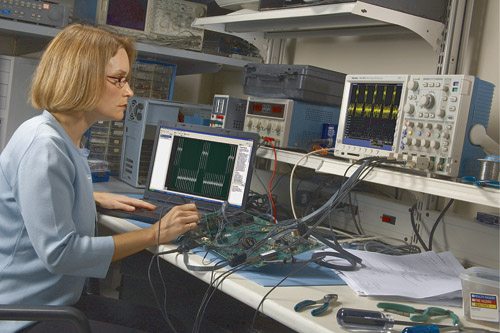 Commercial off-the-shelf (COTS) FPGA modules allow an engineer to quickly devise solutions for instrumentation challenges without spending too much time on development. Apart from being able to harness the faster prototyping capabilities of an FPGA, it also makes economic sense in cases where the scale of deployment would make using professional test equipment unreasonable. On the other hand, in cases where precision and accuracy are important, traditional test equipment still hold steady.

In many parts of the telecom industry, time to market is critical. Product designers need test tools to be available at the same time as the product that they are developing, and that requires significant investment by test equipment manufacturers. Using FPGA-based equipment here allows the vendors to bring out their solutions quickly before silicon-based solutions are available.

The pros are aplenty
We may classify T&M equipment broadly into two categories, the first for general-purpose usage like educational/training institutes and the second for industrial purpose. “In both cases, the basic requirement like compact design, performance and cost matters a lot in all T&M equipment. User-defined flexible design and virtual instrumentation are where the functionality of an instrument being determined by programming/software can add an extra for both end users as well as for the designers,” shares Lavesh Kumath, assistant head R&D (VLSI), at Scientech Technologies Pvt Ltd.

Computation power. This is something that benefits both kinds of test equipment we mentioned earlier.

The true parallelism, a unique feature of an FPGA device, exceeds the computing power of digital signal processors (DSPs) by breaking the paradigm of sequential execution and allows multiple clock domains to be incorporated. “A single device is now much more powerful and capable of performing simultaneous operation of multiple instruments to directly benefit the user—enabling him to have flexible, compact, light-weight, precise and multifeatured instrument at overall low cost,” adds Lavesh Kumath.

This parallelism, Chinmay Misra, technical marketing engineer at National Instruments, explains they can perform complex mathematical calculations simultaneously without involving a host processor. This enables it to outperform standalone DSPs and even graphics processing units (GPUs).

Vinod Mathews, founder and CEO, Captronic Systems, says that while using FPGA-based equipment, the biggest benefit in speed is especially noticed when you need to do hardware-in-the-loop kind of tests.

Customisability. Initially, the FPGAs were very difficult to program due to lack of simplifying tools, and this affected engineers working with COTS FPGA boards a lot. The HDL programming required was very unintuitive and demanded expertise which most users did not have. Second, there was no hardware platform or architecture, no starting point that the users could leverage to quickly build their systems. The only option had been to start from scratch, from the FPGA chip and figure out the rest of the pieces like IO connectivity, power requirements, interaction with other ASICs and processors (if present), by yourselves. This required a lot of time, effort and money, and was not at all viable, especially with the technology advancing ever so rapidly, and changing the test and measurement requirements with it.

NI LabVIEW is one solution to this problem of customisability. “National Instruments, realising the benefits of a user-programmable FPGA, came up with the LabVIEW FPGA module, which abstracted the complexities of FPGA programming and enabled the user to use the same graphical LabVIEW environment to program the FPGAs. Simultaneously, NI also came up with a revolutionary RIO architecture that had an FPGA, a real-time processor and modular IO at its core. It abstracted all hardware design complexities from the user and could be used just as well for test and measurement instrumentation, as for embedded systems,” explains Chinmay.

Be Ahead In 5G With The Right T&M System

Surround Yourself With Sound From Three-Channel Audio Amplifier